This weekend saw the return of The Walking Dead after one of the most shocking and intense mid-season finales to not involve any credible zombie threat. And as you’ll remember, the events of that episode has prompted the crew to venture to Hilltop to arrange an uprising against Negan and his lackeys. And that’s exactly where the episode picks up. Rick and the gang are in the middle of a meeting with Gregory, the cowardly mayor of Hilltop, who is, to nobody’s surprise, opposed to their plans. This forces Rick to consider other options and seek new allies, with the help of Jesus.

The refreshing thing about this episode is the return of the team’s resolve. Over the first half of the season, and really, for quite some time before, many of the central characters seem to have been losing their drive. They were beaten and broken, and we could feel it. However, this is no longer the case. There is a new energy to the group, and they are prepared to face Negan and whatever else might be thrown at them. This energy will hopefully carry them through the remainder of the season.

In contrast with the initial season premiere episode, this episode feels relatively lacking in peril. Other than a run in with a massive hoard of zombies, which was dispatched quite expertly and creatively, as seems to be the norm with premieres for this show, we don’t find ourselves fearing for the safety of the group. What we do fear are the ramifications for the possible chain reaction this episode may set off, moving forward with the season. That seems to be much of what this episode is about. Re-establishing the core group as a ready and capable force to be reckoned with, and setting up the events to come.

By the end of the episode, we’re left with an understanding of Rick’s plan, and we know that the remainder of this season should offer some new scenery and new faces, while still sticking with the overarching conflict. My one hope is that, even with Rick and the gang pushing back, Negan still remains that cool, charismatic prick who’s been terrorizing the group since the end of last season. The most unsettling part of the episode? When Rick finally figures out exactly what he’s going to do. 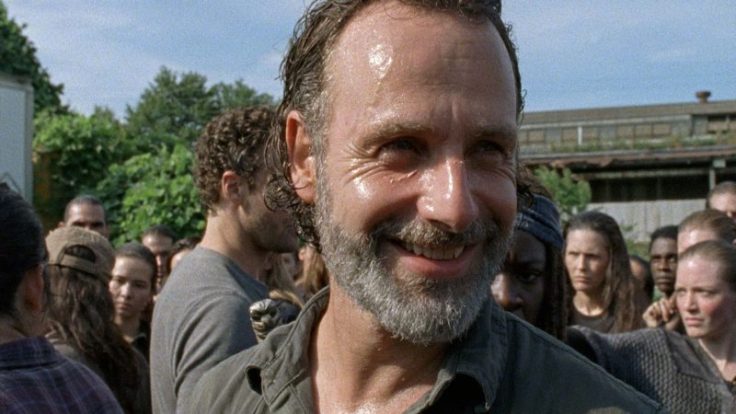