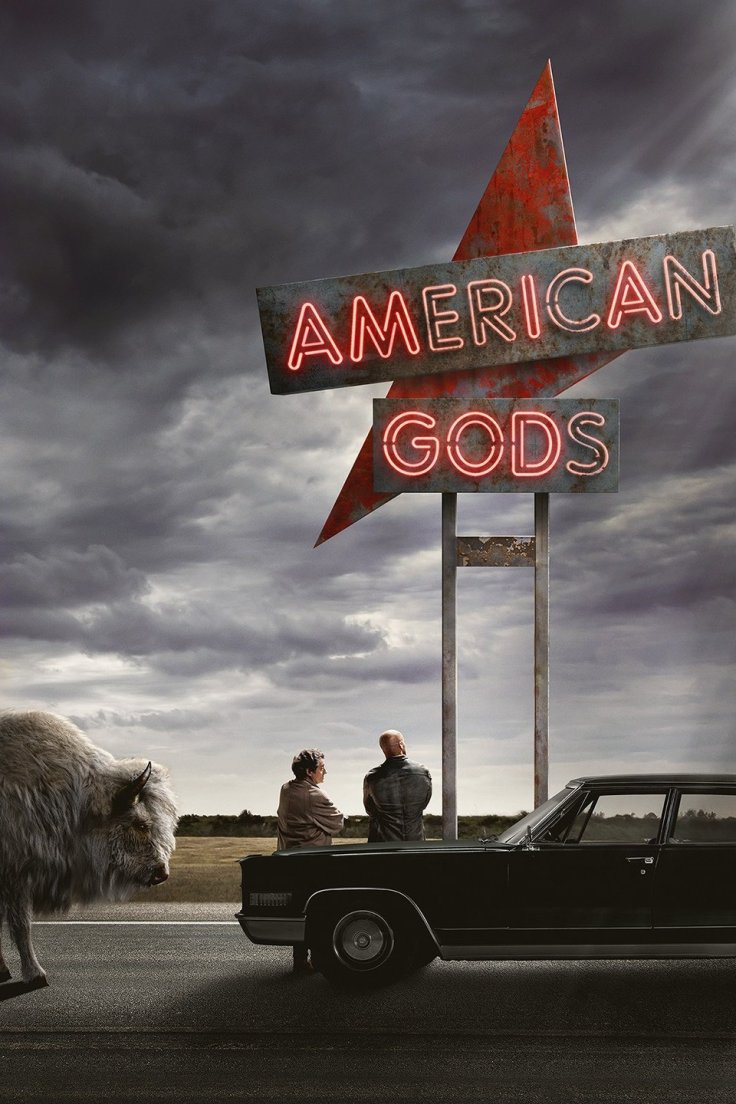 American Gods shouldn’t work. The novel is a bizarre but brilliant piece – it’s flawed, it’s strange, it does something that only Neil Gaiman can do. He takes the epic, the mythical, and manages to preserve that sense of scale while also making it human, relatable.

Gaiman’s most well known work is the comic series Sandman, but American Gods is close. It was considered something that could never make it onto television.

The show is dark and disturbing often, there is death, there is a famous scene where a goddess consumes a man with her vagina. It’s beautiful in a way I haven’t seen in a TV show before.

The first episode opens with a bit of a bang. A group of vikings arrive in North America, landing on a beach. They try to head inland and the lead one is peppered with arrows. They wait for rain on the beach, then they realize they need a sacrifice. They have a battle on the beach, and after enough blood is spilled Odin grants them wind.

The series follows a man named Shadow Moon who is about to be released from prison. His wife dies in a car accident the day before his release, as does his best friend, who had agreed to hire him as soon as he got out. Shadow finds himself a widower with no job suddenly.

He runs into an old grifter named Mr. Wednesday on his way, who offers him a job.

Things get a bit stranger at that point. The grifter is a god, Odin specifically, and he has a companion, a leprechaun.

Shadow accepts Mr. Wednesday’s job offer and they start off on the road. Shadow’s wife comes back from the grave and starts to follow.

What comes next is a road trip mixed with mythology and a war between the old gods and the new gods. Gillian Anderson is incredible as the living embodiment of Media and Crispin Glover is his usual creepy and bizarre self as Mr. World. In fact, all of the acting is amazing, as are the visuals.

Traverse Davies is a writer and journalist based in Halifax, Nova Scotia. You can read more of his work at http://dreamtime.logic11.com